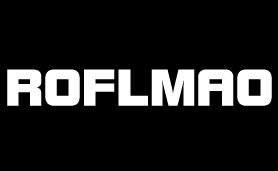 No posting on here for a while but that's because I've been working hard on getting the sound design, music and editing done on this. ROLFMAO is a new radio comedy featuring the writing talents of Ewan Thomson, the acting expertise of Peter Halpin, Millie Reeves and John Hubbard (and Ewan himself) and the audio jiggerypokery of me, Ian Roullier (or should that be Tim/Bob?).

Episode one features the strenuous discussions over the show's theme music, an unsympathetic, superstitious policeman as well as radio's 'whackiest' DJ. Not to mention Vera Lynn and some dubstep.

Sit back, enjoy and allow yourself a chuckle.

Episode two: Have you got thick?

Episode three: Behind the scenes at EastEnders, 24: Cardiff and an extremely embarrassing bus journey.
Posted by Ian at 15:52 No comments:

I was at a club night run by some friends recently when the DJ started playing a certain track. “I’ve always thought I wanted this tune played at my funeral,” I turned to my friend and said. He looked a bit bemused or maybe uncomfortable (after all, it’s hard to tell in a dark nightclub) that I should mention something so morbid but it got me thinking. While there are so many people out there opting for ‘Angels’ by Robbie Williams or Celine Dion’s ‘My Heart Will Go On’ as their swansong, I started thinking, ‘Why not choose something a bit different?’

So, while it may seem a bit morbid and I hope to remain on this mortal coil for a good 100 years longer, I came up with this list of potential songs I’d like played at my funeral. What would yours be?

1. Joe Smooth - ‘Promised Land’ This was the track that came on in the club. It’s very cheesy and about “angels up above” and may well have been written about Ecstasy (the drug) rather than ecstasy (the heavenly type) but it should bring a smile to people’s faces.

2. Future Sound of London - ‘Papua New Guinea’ In my opinion, the best dance track ever made. A bold claim but it’s my opinion and I’m standing by it. It’s danceable but uplifting, pumping but mellow and moves both feet and souls.

3. Aphex Twin – Untitled (also known as ‘Rhubarb’) A great believer that music without words can move people just as much, if not more than, a song with set, concrete lyrics, this is one of Richard James’ most beautiful ambient compositions. A track that proves you don’t need a song about love, angels or bunny rabbits to make people well up.

4. The Orb - ‘Blue Room’ This is a bit of a cheeky one but just as the Orb’s Dr Alex Paterson decided to take the piss by releasing a track that lasted just three seconds less than the legal 40 minute limit for a track to qualify for the singles chart (this rule has since changed several times), the full-length ‘Blue Room’ would preclude the need for any tributes, eulogies or any other words to be spoken during the service. Or for anything else to happen for that matter. The congregation could always sing along from their hymn sheets: “Owooowowooowowooowowooowawa”!

5. Moby – ‘Thousand’ A bit like playing Motorhead’s ‘Ace of Spades’, this 1,000 bpm monster is guaranteed to wake people up and should weed out anyone who’s just turned up to make up the numbers. A definite Marmite moment to split the crowd between ‘sitters’ and ‘quitters’.